Stories from our Residents:
Angie's Story 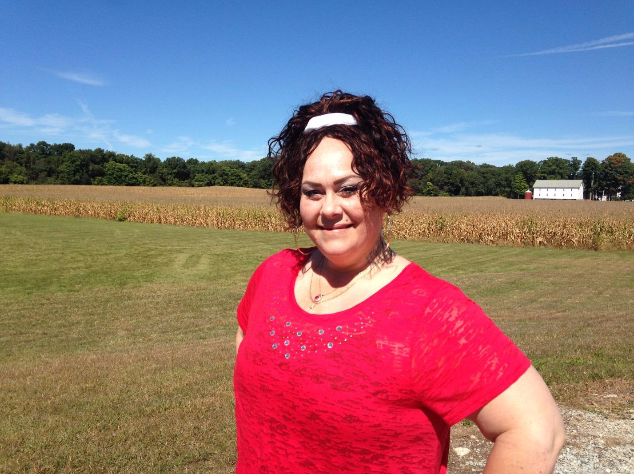 For most of the 20 years before I came to Hope Ministries, my life was an on-going horror story filled with drugs, crime, gangs, lies and pain.

For a while I ran a strip club where I had 15 girls working for me. I would take the girls down to Dallas, Texas and pimp them out - I got 80% of their earnings and they would get 20%. I used that money to get through college. I was also using cocaine and Methamphetamine so I could stay up all night to run the club and stay awake during the day to get through my classes. I graduated from college, but my addiction kept me from finding a legitimate job.

I was also married to a drug addict and alcoholic and went through a horrible marriage. My husband would beat me in front of my kids, and after 12 years he cheated on me and I divorced him. I bounced from job to job and eventually got involved with another man. That’s when the gang violence got bad. I would lock myself in my room and use Methamphetamine for hours. My kids would knock on the door and want to spend time with me but I was so wrapped up in my drugs that I ignored them.

In September of 2008 I was arrested and charged with aggravated robbery. I was in the county jail for four months, and every Friday my dad would come visit me. One Friday, he didn’t show up. I was calling my entire family and no one would answer the phone or respond. My cousin, who was an attorney, finally came and told me that my dad was in the hospital and had suffered a severe heart attack. Three days later, I got another visit and was told that my dad had died. I literally fell to my knees and cried on my cell floor.

I applied for a furlough to attend the funeral, and I attended my father’s funeral with police officers on either side of me - I was in shackles and cuffs. None of my family could touch me, even my children. As soon as I said goodbye to my dad they put me back in the car and took me back to jail where I mourned my father’s death alone. That day, I lost not only my best friend but my enabler. My father always paid my bills - he got my kids clothes for school, and supported my drug habit.

After being released on probation, I went to live with my grandparents. It took me 11 months to get my children back from foster care. I wanted to do things differently. Better. But I didn’t. I kept smoking weed and working different jobs. I was going from man to man. I would have men inside my house in front of my kids. I was on all kinds of pain medications including methadone. In 2011 I got a DUI because I was so messed up on methadone. My kids were older and my youngest daughter wanted to go stay at a cousin’s house because of all the drugs. My son started following in my footsteps and was in and out of prison. And my oldest daughter wanted to move out.

I felt like I was losing everything - I had lost my dad, my kids were moving out. I fell into a deep depression and wanted to kill myself. I called my friends and nobody would bring me a gun. I posted something on Facebook and it caught the attention of my aunt. She called my brother and sister-in-law and told them I was in trouble and they needed to call me.

When they called I told them I was in a deep, dark tunnel and I couldn’t see any light. I told them that I wanted to just end my life. They told me about Hope Ministries and that I needed to sell everything I owned and come live with them until a bed opened up at Hope. I didn’t know what to expect or what I was walking into.

While waiting to get into Hope, I attended Harvest Bible Chapel with my brother and his family. After church one day, I went to Wal-Mart with my sister-in-law and started asking her about the Lord and how to give my life to him. When we got home and pulled into the garage I prayed and asked the Lord into my life. I walked into the house and told my brother that I accepted Christ and he cried and hugged me. I’ve only seen my brother cry twice in my life - at my dad’s funeral and when I got saved. In August 2013 my brother baptized me - I got to give my testimony to the church and became a member of Harvest Bible Chapel.

Soon after that a bed opened at Hope Ministries and I moved in and started the program. Through my classes I began to see all the things that God had brought me through, and to understand my depression. I was diagnosed with bipolar and was able to get the right medication. I worked on myself on getting my life back and learning to walk with the Lord daily.

At Hope, I was forced to confront some hard truths about myself and the choices I had been making. It wasn’t easy living in a community with so many other personalities. I had a lot of ups and downs. At one point, I was so depressed. I talked to a staff member about my struggles and she shared in love the truth that I needed to hear: that there is hope in Christ and that I needed to embrace my Christian community.

Since then, I see myself differently and am making different choices. Better choices. I found a job at Better World Books where I get to work 50 hours a week. I have benefits, paid time off, and a job that I absolutely love. I participated in the Wheels to Work program when I first started. Through Wheels to Work I was able to save money so I can pay off some of my bills.

I just moved out of Hope Ministries. I’m living with my brother who is an elder in our church. I have an amazing sister-in-law that I can confide in. I get wise counsel from them and share openly with them. God has restored the broken relationships in my family and I even have a key to my brother and sister-in-law’s house! I’m able to stay with them and pay them money for rent, utilities, and food until I find a place of my own. I have my life back. I know who Angie is. By the grace of God, I know the Angie that God created me to be.